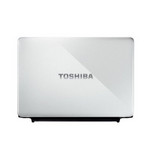 Reviews for the Toshiba Satellite T130-11H

Archive.org version
The Intel ULV-powered ultraportables we’ve seen over the last few months have been a bit of a mixed bag. Some, like the Samsung X120, have successfully exploited the thin-and-light idea to offer something new, while others, like the Advent Altro, seem to have missed the point completely. This particular Toshiba T130 model isn’t a bad deal if you need a big screen, long battery life and a finger-friendly keyboard, but it just didn’t dazzle us and there are other ULV ultraportables we like more for this amount of money.
Single Review, online available, Medium, Date: 03/04/2010
Rating: Total score: 50%
50% Toshiba Satellite T130-11H - 13.3in Laptop Review
Source: Trusted Reviews

Archive.org version
Toshiba's laptops aren't usually the trendiest machines on the market, but, with the Satellite T130, the company could have a catwalk favourite on its hands. The configuration of the Toshiba Satellite T130 that we were supplied with, the T130-13M, is the tortoise of the laptop world. While its hare-like rivals zoom around willy-nilly, it takes a more considered approach. That's not necessarily a bad thing, though, because it's one of very few laptops that'll still have enough battery power left to send that all-important email at the end of the day
Single Review, online available, Medium, Date: 01/26/2010
Rating: Total score: 73%
80% Toshiba Satellite T130-11H notebook review
Source: Pocket Lint

Archive.org version
Running Windows 7 Home Premium (64-bit) you’ll find a fair amount of bloatware included, with the Start menu littered with internet shortcuts you’ll probably want to delete as soon as it arrives. McAfee’s Security Center is in place as is a trial of Microsoft Office. Toshiba has included a number of utilities that (aside from the novelty value of the Eco Utility) you’ll probably ignore. With no optical drive, however, you’ll be left to download or connect an external device for further installations.
Single Review, online available, Long, Date: 01/18/2010
Rating: Total score: 80%

SU2700: Entry level Single Core CPU with less power saving states as the Core line and because of the slow clock rate (1.3 GHz) not very fast. Directly soldered to the mainboard and therefore for thin and light laptops (CULV class). » Further information can be found in our Comparison of Mobile Processsors.

63.25%: Such a bad rating is rare. There exist hardly any notebooks, which are rated worse.