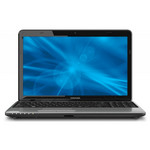 Reviews for the Toshiba Satellite L755-144

Archive.org version
Computers that can play films from Blu-ray disc are getting cheaper and cheaper. Battery life was fair at around four hours in light use, though this will decrease when, say, watching a Blu-ray disc. In all, this is a good laptop for both working and home and entertainment, but it's a shame the 3D didn't live up to its billing.
Single Review, online available, Short, Date: 08/14/2011
Rating: Total score: 80%