Reviews for the Toshiba Satellite L665D-S5066

There's no one standout feature on the Toshiba Satellite L665D-S5066 ($599.98 list), a low-end 15.6-inch laptop sold at Staples, other than the fact that it's based on AMD's new Vision platform. Performance from the AMD Turion II CPU is fair at best; laptops with Intel Core i3 and Core i5 CPUs cost only a bit more and offer much better performance. Its battery life also fails to impress. While it didn't set the labs on fire, the Satellite L665D-S5066 is an attractive laptop; its charcoal-gray exterior looks good for both home and office use. And the laptop's audio output is much improved compared with past Satellite models we've tested. While the Toshiba Satellite L665D-S5066 does nothing to outwardly offend, your money will go further elsewhere.
Single Review, online available, Short, Date: 06/22/2010
Rating: Total score: 50%

P520: Entry level Dual-Core CPU with a TDP of 25 Watt. Offers a similar performance as a 2.1 - 2.3 GHz Core 2 Duo with 2 MB Level 2 Cache.» Further information can be found in our Comparison of Mobile Processsors. 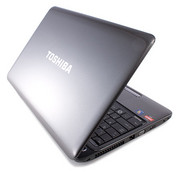 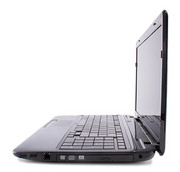