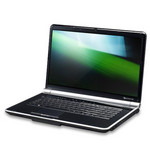 Reviews for the Packard Bell LJ75-jn265