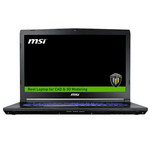 It’s not every day a mobile workstation is taken seriously, taking a look at MSI’s release of the WE62 7RJ-1833US which is tad of a mouth full. But one digresses, normally a workstation be it portable or your average onsite workstation are meant for rendering complex 3D models or crunching numbers or even just plain 24/7 reliability. The WE62 is equipped with an Intel Core i7-7700HQ, 32 GB of memory, a 512 GB SSD and a Nvidia Quadro M2200 graphics solution. The display features FHD resolution and uses the IPS technology. The key here is its Quadro based GPU, which will be iterated on later. Because MSI is well known for making gaming notebooks it is no surprise that the WE62 would somewhat resemble its gaming cousins with its brushed magnesium-lithium chassis. It carries a rigid and sturdy look and feel with zero flex on the lid. No doubt the WE62 wasn’t designed with elegance in mind with its broad bezels encapsulating its 15.6-inch screen. Flanked on its right side is a DVDRW drive, which some users might find useful especially in 2017, a USB 2.0 port, a SD card slot and the power jack. On its left side, there are the usual myriad of USB 3.0 ports, headphone and microphone jacks, HDMI and a mini DisplayPort, and last but not least a USB C port. It should be noted that the ports of yesteryear are meant to satisfy the most demanding workstation users and not average consumers. In terms of User inputs, the WE62 features a backlit SteelSeries keyboard, which has a decent key travel distance although, as some had suggested, the keys feel rather plastic instead of mechanical. Nonetheless, it remains firm enough. The touchpad is quite spacious with a reasonable smooth gliding experience. Going over to the audio setup, MSI has equipped the WE62 with 4 Dynaudio speakers and a subwoofer, which provides an adequate listening experience although it isn’t as loud as one would expect considering its quad speaker setup, fortunately audio remains quite accurate with minimal distortions even at max volume. Being powered by a Quadro means the WE62 is meant for professional use, which also translates to some professionals needing color accuracy. That being said, MSI has included their True Color utility app to tweak the color settings in accordance to the user’s requirements. One of the few important metrics for workstation class systems can be seen with Cinebench R15, Handbrake and Photoshop CS6 with Cinebench R15 score coming in at 741, a Handbrake 1080p test at 1 minute and finally the Photoshop CS 6 11 filter test coming in at 2 minutes 51 seconds. All in all, this is slightly better or on par with its competitors. Naturally as this is still a notebook, battery life must be taken into consideration with the MSI WE62 scoring a reasonable 3 hours and 26 minutes especially taking into account the hardware it is packing. In conclusion, the WE62 is generally an all-rounder. Its cheaper i7 was able to compete with the more expensive Xeons. Hands-on article by Jagadisa Rajarathnam

After fully recharging the laptop, we set up the machine in power-save mode (as opposed to balanced or high-performance mode) and make a few other battery-conserving tweaks in preparation for our unplugged video rundown test. In this test, we loop a video—a locally stored MP4 file containing the full The Lord of the Rings trilogy—with screen brightness set at 50 percent and volume at 100 percent until the system conks out.
Single Review, online available, Very Long, Date: 05/11/2017
Rating: Total score: 50%

NVIDIA Quadro M1200: Mainstream workstation graphics card based on the GM107 Maxwell architecture with 640 shaders and a 128-bit wide memory bus. The GPU is similar to the consumer GTX 960M.

i7-7700HQ: Quad-core notebook processor based on the Kaby Lake architecture. Besides four CPU cores (including Hyper Threading), the chips also integrates the HD Graphics 630 GPU and is manufactured in an improved 14 nm process. 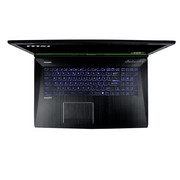 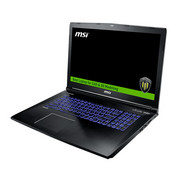