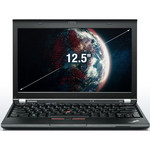 Reviews for the Lenovo ThinkPad X230-NZA5NRT