The Lenovo ThinkPad X200 Tablet (7449-4MM) is a strongly built, 12.1in tablet-convertible notebook with a lot of highlights: long battery life, integrated 3G connectivity, and a great keyboard to name a few. If you want a tablet-convertible notebook, Lenovo's ThinkPad X200 Tablet is one of the best. More than a tablet though, it's a complete solution for anyone who requires on-the-go connectivity in a small and sturdy laptop.
Single Review, online available, Medium, Date: 05/17/2010
Rating: Total score: 80%

SL9400: Power saving Low Voltage CPU featuring a large Level 2 Cache of 6MB. Therefore, the performance is better than other 1.86 GHz Core 2 Duo (with usually 1-3MB Level 2 Cache).» Further information can be found in our Comparison of Mobile Processsors. 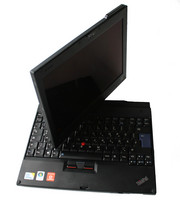 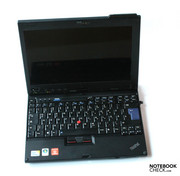 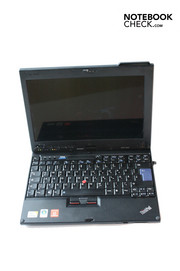