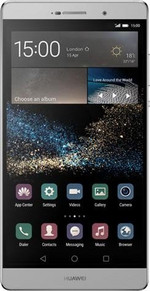 Reviews for the Huawei P8max

Although it's thin, light, compact and attractive, we're not convinced anyone wants a 6.8in phone (not in the UK anyway). It should really be a 7in tablet instead at a much lower price. That's our first impression so check back soon for a full review.
Single Review, online available, Very Short, Date: 04/16/2015
Hands on: Huawei P8 Max review
Source: Techradar

There's plenty of screen real estate on offer and the massive battery inside the Huawei P8 Max means you'll get a decent amount of performance from a single charge. Thing is - do you really want to be lugging around a device this size everywhere you go? Huawei says it's still pocketable - but only if your pockets are deep, and wide.
Single Review, online available, Very Short, Date: 04/16/2015

Forget blurring the lines between smartphones and tablets, the P8 Max kicks those lines in the shins and simply does its own thing. The handset – if I can call it that – features a massive 6.8-inch display. As well as being a full 1.6-inches biggest than its smaller, flagship sibling, the Huawei P8, the Max is just 0.2 of an inch off lining up as a direct Nexus 7 rival.
Single Review, online available, Very Short, Date: 04/16/2015

Huawei has announced two new smartphones at an event in London - the P8 and the P8max. As you can probably guess from the name, the P8max is a larger version of the P8 flagship handset but when we say larger, we mean huge. It features a 6.8-inch display meaning it really is questionable whether it falls into the smartphone category at all or whether we should have tagged it as a tablet instead, but Huawei is calling it a phone, so under phone it goes (for now).
Single Review, online available, Very Short, Date: 04/15/2015

No, you might not be able to fit in in your pocket. No, it’s not really an outright bargain as we often get from Huawei. And no, it’s not pushing the envelope of cutting edge tech in many areas. But damn, that’s a whole lot of screen.
Single Review, online available, Very Short, Date: 04/15/2015

Model: The Huawei P8max is a larger version of the Huawei P8 flagship smartphone. The model has a massive 6.8 inch display with a resolution of 1920x1080 and protected by Corning Gorilla Glass 3. At that size, it may be a difficult to fit in some pockets. In terms of aesthetics, it is a well-crafted mobile phone with elegant seamless design and it comes in three choices of color which are gold, champagne and grey. At 6.8 mm thin, the P8max weighs in at only 228 g. This devices comes with a 2.2 GHz quad core Cortex-A53 & a 1.5 GHz quad core Cortex-A53, 3 GB of RAM and 64GB of internal storage. With a microSD card, the storage capacity can be expanded by up to 128 GB.

The 13 MP rear camera captures up to 4160 x 3120 pixels and comes with autofocus and a dual tone LED flash. There is a 5 MP front camera for selfies. The P8 Max runs on the Android OS v5.0.2 (Lollipop) platform. Dual-SIM capability with dual standby is a key feature in this smartphone. Finally, the manufacturer claims that the 4360 mAh battery lasts 10 hours during video playback. In conclusion, this Huawei P8max is a well-rounded device targeted at users who would like a device with a big screen.