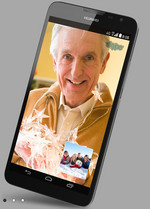 Reviews for the Huawei Ascend Mate 2

After spending plenty of quality time with it, we can safely conclude that the Huawei Ascend Mate2 4G proved to be exactly what we expected. By combining quality mid-range specs headed by a large IPS display, a beefy battery with outstanding endurance, and affordable contract-free price tag, the phablet is one of the best value-centric offering available at the moment.
Single Review, online available, Very Long, Date: 07/11/2014

If you want a large screen device at a low price with support for US GSM carriers, then the Huawei Ascend Mate2 is definitely a device to consider. It excels in battery life while the rest of the experience is quite satisfying, and that's about everything you could ask for at the $300 price point.
Single Review, online available, Very Short, Date: 07/11/2014
Rating: Total score: 85%
80% Huawei Mate 2 Review
Source: Ubergizmo English

The Huawei Mate 2 has been designed to provide a clear-cut solution to everyday problems in a cost-efficient way. Namely, it brings a good display, a no-nonsense smooth user experience and a battery capacity that is “out of this world”. Overall, this handset provides an excellent value-proposition to battery-lovers. It is best for users who like very big screens and its body-to-screen ratio allows it to be carried in pants pockets (and small purses) without problems. Those who want a phone that performs in synthetic benchmarks, or those who want the latest camera features will be better off spending twice as much to get a high-end phone.
Single Review, online available, Long, Date: 07/03/2014
Rating: Total score: 80%
Huawei Ascend Mate2 first impressions: big screen, low price, solid construction
Source: Zdnet.com

The Huawei Ascend Mate2 is a well designed and solidly constructed device that looks and feels more expensive than the low $299.99 no-contract price. Like my iPad, it seems to last forever and charging it up is not something you really have to think much about. The UI is a bit unique and actually quite efficient and appealing.
Single Review, online available, Very Short, Date: 07/02/2014

The Huawei Ascend Mate 2 4G LTE is a quality big-screen smartphone at a very tempting price. For $299 unlocked, you get a massive 6.1-inch display that, while not full HD, is bright and colorful. The midrange processor offers fairly zippy performance. This phablet's biggest strength is its 15 hours of battery life, which blows away all other devices. We just wish the camera took better photos in low light.
Single Review, online available, Long, Date: 06/17/2014
Rating: Total score: 80%
Huawei Ascend Mate 2 4G Review: one of China's biggest players has come to do business in America
Source: Mobileburn

At least that's the theory. Without some form of marketing and smart promotion in the US, few people will ever know enough about Huawei's phones. The Ascend Mate 2 4G at least does its part by justifying the attention those marketing efforts might generate. The $299 price tag positions it as a phone with half the cost of the average high-end device but possessing specs that are close enough to not frustrate users. In a head-to-head competition with a Samsung Galaxy Note 3 or an LG G3, Huawei's not going to win in any category except price. That might be an advantage for people choosing to pay full price for their handset. The Ascend Mate 2 4G has what's necessary to have a reasonably sound experience if you're not looking for the bleeding edge, and it's better than most phones in its price range. If you want to go big but not spend big, the Ascend Mate 2 4G is a sensible purchase.
Single Review, online available, Long, Date: 06/16/2014

The Huawei Ascend Mate2 is comically large and an ergonomic nightmare—that's a given. But if you've made it this far, I'm assuming that isn't much of a concern. And while you can take issue with the relatively low-resolution display or heavy-handed Android skin, you'd be nitpicking at this price point—$300 for this much phone is an outstanding deal. The herculean battery life will be a godsend for most heavy users, while overall performance stands up well, even compared with more modern devices.
Single Review, online available, Very Short, Date: 06/12/2014
Rating: Total score: 80%
Huawei Ascend Mate2 4G Review
Source: Slashgear

At $299 off-contract, it’s easy to overlook the relative lack of explosive or otherwise stand-out features on the Huawei Ascend Mate 2. You’ll have to purchase the device through Huawei’s new online store, and it’ll be shipped direct to you from there. We’ll have to let you know when there’s a place in the United States where you’re able to get some hands-on time in the near future - for now you’ll be out of luck.
Single Review, online available, Medium, Date: 06/12/2014

For all its accomplishments in the endurance arena, we still have concerns about the Ascend Mate2 4G LTE – concerns which go beyond its lengthy brand name and massive footprint. Apparently due to some lingering geopolitical uncertainty, there’s no guarantee the device will receive timely software updates. That rings alarms in our heads, considering the phone is already a point release behind Android’s most recent build. Also, the price proximity to a superior alternative can’t be ignored: for just $50 more, you could buy a Nexus 5 with a more powerful processor, a sharper display, and the guarantee of long-term support directly from Google.
Single Review, online available, Long, Date: 06/12/2014
Rating: Total score: 75% performance: 70% features: 80% mobility: 100%
Huawei Ascend Mate 2
Source: Trusted Reviews

For such a big phone, the Huawei Ascend Mate 2 fits surprisingly well in one hand and with the battery staying power, the ability to use it as an external battery charger and some two decent quality cameras there’s a lot to like. What we are not particularly fans of is the design. The white glossy plastic is not the prettiest and we hoped Huawei would have attempted to create something more unique.
Single Review, online available, Very Short, Date: 01/07/2014 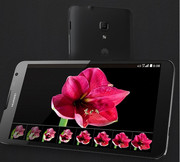