Reviews for the HP Pavilion g4-1215dx

Bargain hunters who don't have a lot of computing demands beyond surfing the web, checking e-mail, some multimedia streaming, and light productivity/office tasks will find a lot to like in the HP Pavilion g4. With an attractive design, a spacious keyboard, and SRS Labs-backed stereo speakers producing solid sound, it certainly has a lot going for it. If longer battery life is particularly important to you, you might want to consider the Pavilion dm4t instead. But the Pavilion g4's extremely aggressive pricing makes a good case for mainstream users with low-key requirements. At $379, it just can't be beat.
Single Review, online available, Medium, Date: 10/14/2011
Rating: Total score: 80%
70% HP Pavilion g4-1215dx
Source: CNet

The HP Pavilion g4 has a simple low-profile design with a semi-professional exterior. Its back and the keyboard tray are covered in glossy plastic. It actually looks nice and standard but is a fingerprint magnet. The screen and the deck have black frame which makes it look bigger than it actually is. The interior design isn’t all that bad for the selling price but that stays there because it’s as boring as the laptops that were made three years back. It weighs and measures pretty much the same as most of the midrange 14-inch laptops out there. We can’t say it is perfect for carrying around but it isn’t impossible despite it not being a ultrabook.

Although the HP Pavillion g4 isn’t equipped with a chiclet style keyboard, its keys are semi-raised. Typing with this keyboard is surprisingly comfortable and it doesn’t make much sound as well. The volume and media keys don’t require the Fn button to be pressed simultaneously. This is a welcoming function and we like it. The multitouch touchpad shares the same material as the palm rest but is textured in a grid just like it is in many of HP’s laptops. The buttons beneath on the other hand are well built and feels intact.

It is hard to judge a display for a laptop in this category but we have to say that it falls slightly below average. The glossy panel reflects an unbearable amount of light when used outdoors. Probably the best part about this laptop is its connectivity. It is equipped with all necessary ports unlike most laptops these days. This combined with its low selling price, sort of makes it a perfect choice for a budget user but the problem is the Pavillion g4 feels cheap when used. Although they’ve tried to disguise its cheapness properly, when using, it manages to show off its real price. The fan makes a heavy blowing sound when it gets hot and heat isn’t channelled out properly. It also lacks the performance that is needed for a 14-inch laptop. The 1.9 GHz AMD Dual-Core A4-3300M processor definitely can’t match the performance of the Intel i3 processor. Apart from that, the short battery life and small hard drive size just kills that little media functionality that it could offer with its great Altec lancing speakers. 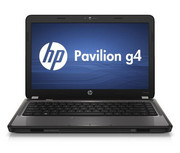 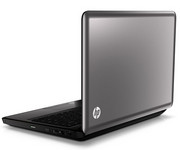