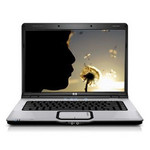 Reviews for the HP Pavilion dv6675us

It is pretty amazing to see the Pavilion dv6675us. HP has managed to pack together a system that comes with double the amount of memory of most thin and light notebooks. To make this work fully, they also inluded the Vista 64-bit operating systems which is good and bad at the same time. Hopefully over time some of the software issues will get corrected and make this an even better laptop.
4 von 5, Leistung schlecht
Single Review, online available, Very Short, Date: 11/08/2007
Rating: Total score: 80% performance: 40%