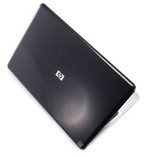 On the outside, there's nothing to distinguish the HP G60-443CL ($649.99 list at Costco) from its nearly identical twin, the G60-441US. Both systems look exactly alike and offer bright 15.6-inch displays, draft n wireless networking, a big hard drive, and an HDMI port. The G60-443CL may be a bit more expensive than the G60-441US, but you get more for your money, including an extra GB of memory, a 64-bit operating system, and an extra year of warranty coverage, courtesy of Costco.The HP G60-443CL is an affordable mainstream notebook featuring a bright 15.6-inch screen and a decent feature set. You won't get blazing performance from this notebook, but it'll handle your everyday workload and comes with a two year warranty courtesy of Costco.70
Single Review, online available, Medium, Date: 07/28/2009
Rating: Total score: 70%