For those looking for an extremely low cost laptop, the ASUS X552EA-DH41 is probably one of the most affordable out there. The performance is going to be below what many of the Intel based systems have to offer but it is still sufficient for those that just a basic laptop. Of course, with its low cost comes some significant limitations.
Single Review, online available, Short, Date: 05/05/2014
Rating: Total score: 60%

For those looking for a budget-friendly low cost laptop, the Asus X552EA-DH41 might be worth a look. The laptop comes equipped with an AMD A4-5000 quad-core processor that runs at 1.5 GHz. Don't expect it to do anything more than your basic web browsing, office programs and watching movies. It will drastically come to a crawl if you open any resource-hungry applications.

It comes paired with 4 GB of RAM. It's enough to run some applications simultaneously but when you start opening too many, you will notice the speed drop. The fact that it only has one slot for memory means upgrading this will require you to replace the 4 GB stick rather than just adding another stick. The storage is a conventional 500 GB HDD, which sacrifices on performance but it is able to keep the price low.

An upside however is it comes with two USB 3.0 ports so expanding your storage that way is a viable option. The display is nothing special, it's just a standard 15.6 inch screen with a 1366 x 768 resolution which is another way to cut costs, keeping the price low. The battery is claimed to last you roughly 4 hours of mixed use. This laptop's biggest selling point is its low price point which makes it a solid buy for those looking for a simple machine.

An integrated GCN-based GPU with 128 shader units and no dedicated VRAM. It is typically clocked at 500 MHz and paired with AMD Richland A4-5000 "Kabini" APUs.

A4-5000: Quad-core APU for low-end laptops, codenamed Kabini. Based on the Jaguar architecture. Integrates an Radeon HD 8330 graphics card.» Further information can be found in our Comparison of Mobile Processsors. 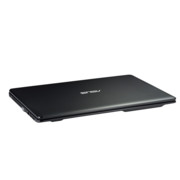 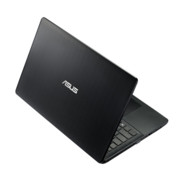