The Acer Travelmate TimelineX TM8372TG-5454G50Mnbb may not have corporate-level management features of Toshiba’s Tecra M11-17W, but in terms of performance it’s not far behind. Add to that more than double the battery life and a considerably lower asking price and Acer’s offering becomes a compelling purchase for business on the move as well as in the office.
Single Review, online available, Short, Date: 03/02/2011

Series: Most reviews point out the favorable price of the models of that series.

NVIDIA GeForce 310M: The GeForce 310M is the successor of the GeFore G210M and based on the same chip with very similar clock rates (shader speed +30MHz to 1530MHz). 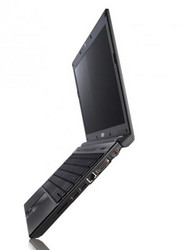