The latest model in the Aspire One netbook line is fairly nondescript. The D250-1613 has the same 1.6GHz Intel Atom CPU, plus 1GB of RAM, a 160GB hard drive, a tiny keyboard, and a microscopic multitouch pad. With its cookie-cutter netbook design, it fits into the crowd somewhere between the Fujitsu LifeBook M2010 and, say, the Lenovo S10. Acer adds a second OS to its Aspire One D250 without adding to the price--but that still doesn't feel like enough.
Single Review, online available, Medium, Date: 10/27/2009
Rating: Total score: 60% 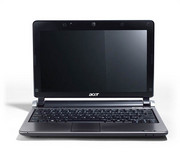 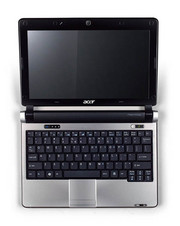