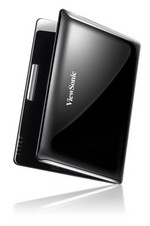 Reviews for the Viewsonic ViewBook VNB107