NVIDIA Quadro P520: Pascal based entry level workstation graphics card with certified drivers for stability and performance in professional applications. Most likely based on the GeForce MX150.

i7-10510U: Comet Lake based low power quad-core processor (technically identical to Whiskey Lake and still produced in 14nm++). The CPU cores can clock between 1.8 and 4.9 GHz (all 4 cores 4.3 GHz max.) with HyperThreading (8 threads). The integrated memory controller supports DDR4-2666 and using cTDP up/down the performance can be adjusted by the OEM (10 - 25 Watt possible, 15W default).» Further information can be found in our Comparison of Mobile Processsors.


Lenovo: Lenovo ( "Le" as in the English word legend and "novo" (Latin) for new) was founded in 1984 as a Chinese computer trading company. From 2004, the company has been the largest laptop manufacturer in China and got the fourth largest manufacturer worldwide after the acquisition of IBM's PC division in 2005. In addition to desktops and notebooks, the company also produces monitors, projectors, servers, etc. 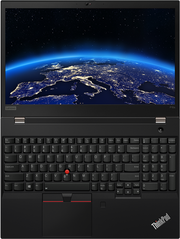 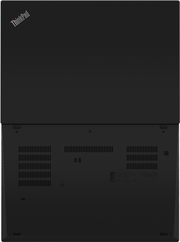