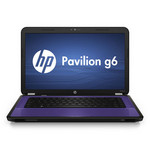 Reviews for the HP Pavilion g6-1025sg

P960: Slow clocked quad core CPU for mid size laptops (due to the 25 W TDP). Single threaded applications and games suffer from the low core speed.» Further information can be found in our Comparison of Mobile Processsors.