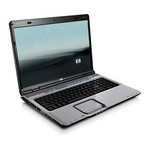 Reviews for the HP Pavilion dv9595ea

If you believe that all work and no play is a bad thing, then the designers of the HP Pavilion dv9595ea would appear to agree. While it won't have a problem with menial office tasks, it's gaming and multimedia where the HP Pavilion dv9595ea excels, with impressive performance. The lack of resolution support for 1080p HD material is a disappointment, though.
(von 5): 4, Verarbeitung 4, Ausstattung 4, Preis/Leistung 4
Single Review, online available, Short, Date: 12/20/2007
Rating: Total score: 80% price: 80% features: 80% workmanship: 80%