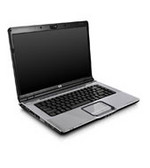 Reviews for the HP Pavilion dv6016ea