Either the Gateway NV50A02u or the Dell Inspiron IM5030-874B3D would make a better cost-saving computer choice than the HP G42-415DX; and if you want something with considerably more power (and better battery life), our Editors' Choice, the Acer Aspire AS5742-6475 ($599.99 list, 4 dots), will run you only $70 more than the HP. You may have to sacrifice some design elements for the increased potential, but it might be worth it as they're about all that give the G42-415DX any discernible distinction.
Single Review, online available, Short, Date: 04/19/2011
Rating: Total score: 50% 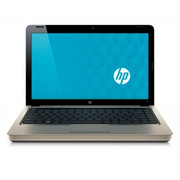