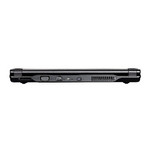 Archive.org version
The machine gets the new chicklet-style keyboard that places the right shift key where it is meant to be and is 92% of full size. The biggest difference between the 1002HAE and other netbooks Asus already offers is new colors. The machine will ship in deep red, dark blue, and metal gray aluminum. That red clad machine is one of the sexiest netbooks I have ever seen. Apparently, the machines will only be offered in Japan for now at undisclosed pricing - but we've asked ASUS Australia whether it'll be released here, and will update the story when we hear.
80
Single Review, online available, Very Short, Date: 05/08/2009
Rating: Total score: 80%

The screen diagonal is used for small tablets.