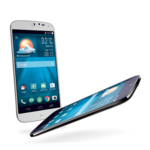 Reviews for the Acer Liquid Jade

There were several aspects of the Acer Liquid Jade that really made us smile. The first is the camera; it’s very reliable and consistent, and images come out well enough to peddle on your social network of choice. The battery life was also pretty good, and the host of power-saving features gave us even more confidence in its ability to get you through a day. Acer’s small Float apps are a neat addition too, despite being a tad niche.
Single Review, online available, Medium, Date: 04/30/2015
Rating: Total score: 60% price: 50% performance: 60% features: 60% display: 60% mobility: 80% workmanship: 60%
65% Acer Liquid Jade Smartphone Review
Source: Kitguru

On the whole, we weren’t quite sure what to make of the Acer Liquid Jade. It does everything you’d want a smartphone to do and there’s nothing necessarily wrong with the phone, but it feels there’s nothing so great about it either. Everything works, but it lacks a standout feature. The display is certainly the strongest aspect of the device, and for £159 it’s good, with crisp colours and a strong 294 PPI level, but other areas let it down.
Single Review, online available, Very Long, Date: 03/31/2015
Rating: Total score: 65%
60% Acer Liquid Jade S55 review
Source: V3.co.uk

The Acer Liquid Jade might looks and feel quite premium but at the end of the day it's a let-down in terms of performance. It might be one of the best phones Acer has produced but it ultimately outpaced by some even cheaper phones – namely the Motorola Moto G in its various models.
Single Review, online available, Very Short, Date: 01/28/2015
Rating: Total score: 70% price: 70% performance: 60% features: 60% workmanship: 80%
70% Acer Liquid Jade review: Functional but not fantastic
Source: Pocket Lint

The Acer Liquid Jade is the best looking smartphone to come from the company so far. The design is lightweight and slim, while offering a display that might not sport the highest of resolutions, but at its large 5-inch scale that makes light work of video playback and the like. Its 13-megapixel camera is one of its better features, with a dedicated app that offers more features than stock Android. Even without fiddling with the settings you'll get a decent shot with ease. The Acer Float interface is also a helpful addition for multi-tasking.
Single Review, online available, Short, Date: 11/25/2014
Rating: Total score: 70%
70% Acer's best phone yet, at a mid-range price point
Source: Techradar

What matters to you most in a phone? If it's a decent camera, a long-lasting standby mode or the ability to use two SIMs in one handset then get the Acer Liquid Jade near the top of your shortlist. In all other respects - value, design, performance - the phone manages to do okay, but not much more than that. It's definitely Acer's best phone yet, however, and at this kind of price level it's perhaps unfair to moan too much about its shortcomings.
Single Review, online available, Medium, Date: 11/07/2014
Rating: Total score: 70% price: 70% performance: 60% features: 60% workmanship: 80%

Good, simple and budget friendly phones are becoming more of a trend for manufacturers these days. Acer has jumped into the bandwagon with the Acer Liquid Jade Android smartphone. It is one of the best looking smartphones from Acer with curved edges and sleek corners. It even looks premium in some ways with the faux-metal trim but not so much when seen from the back as its back cover is slightly plasticky . The handset measures at 140.5 mm x 69 mm x 7.5 mm and weighs in at a very light 110 g.

The Acer Liquid Jade comes with dual sim capabilities but doesn't support 4G networks. Being a new model without LTE support is a shame as this makes it not so future proof. The phone is equipped with a Mediatek MT6582 Quad-core 1.3 GHz processor coupled with 1 GB of RAM and 8 GB of internal memory, upgradeable with a memory card. This is by far one of the most disappointing hardware for a mid range smartphone. Like most of its rivals, it has a 5 inch 720p IPS display with 294 ppi  protected by Corning Gorilla Glass 3, which is good enough for the average user.

The back camera with LED flash has a resolution of 13 MP, which is high enough for a mid range smartphone. The same unit is also capable of recording FHD videos. The 2 MP front facing camera will disappoint all selfie enthusiasts. The Acer comes with a 2100 mAh battery, which suggest average standby time. All in all, the Acer Liquid Jade is a good looking mid range smartphone with a weak hardware. However, its low selling price makes up for this all.

MT6582: Quad-core SoC (Cortex-A7) for tablets and smartphones.» Further information can be found in our Comparison of Mobile Processsors.

64.43%: Such a bad rating is rare. There exist hardly any notebooks, which are rated worse.