Reviews for the Sony Vaio VGN-NW180J/S

Sony's VAIO NW180J/S is a well-equipped wide-screen notebook with a comfortable design, a unique and quirky appearance, and a price lower than you'd expect for a Blu-ray–equipped portable from Sony. It's an attractive choice for those looking for a wide-screen multimedia notebook to take on the road, but its short battery life makes it more useful in the hotel room than on a long flight. With its excellent screen, Blu-ray playback, and low price, the VAIO NW180J/S is a standout media notebook.
Single Review, online available, Medium, Date: 07/01/2009
Rating: Total score: 81%

Entry level Core 2 Duo processor with 3 MB Level 2 Cache and due to the 25 Watt TDP also suited for 13" laptops. 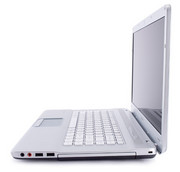 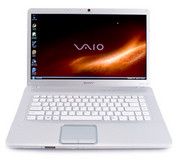 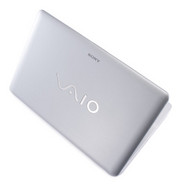