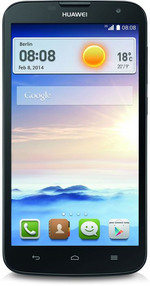 Reviews for the Huawei Ascend G730

80% Huawei Ascend G730 Smartphone Review | Notebookcheck
The Big Screen Theory. This is how Huawei advertises the new Ascend G730, a dual-SIM phablet with a gigantic 5.5-inch touchscreen priced at around 300 Euros (~$410). The rest of the device's components do not exactly sweep us off our feet, but could it still be a good buy?
85% Huawei Ascend G730: Dual-SIM-Bolide im Alltags-Test
Source: Mobicroco

The Huawei Ascend G730 is powered by a quad-core 1.3 GHz Cortex-A7 MediaTek MT6582 CPU, a low cost quad core processor. Along this processor is 1 GB of RAM. This specification gives a rather decent performance ensuring smooth switching between applications and multitasking. The battery life of the Huawei Ascend G730 is a little disappointing. With only 2300 mAh, it doesn't come close to other phablets in the market today. It also comes with only 4 MB of native storage, which can be upgraded with a micro SD card.

The 5.5 inch screen has a resolution of only 540 by 960, which is again, nowhere near when compared to other rivals. The low resolution, only 200 pixels per inch, can give blurry and unsatisfying images.

Regarding connectivity, the Huawei Ascend G730 has WiFi 802.11 b/g/n and supports Bluetooth 4.0. Unfortunately, it does not support 3G, HSPA+ or 4G LTE. It has a 5 MP rear camera, which is pretty standard for a device with its price range and a 0.3 MP front facing camera.

MT6582: Quad-core SoC (Cortex-A7) for tablets and smartphones.» Further information can be found in our Comparison of Mobile Processsors. 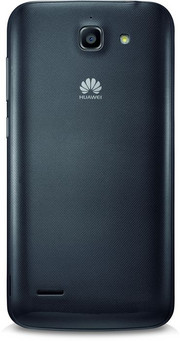