82% HP Pro Tablet 408 G1 Tablet Review | Notebookcheck
Interesting. An 8-inch Windows tablet that is furnished with Windows 8.1 and a Bay Trail processor is no longer awe-inspiring in 2016. Particularly since the device is aimed at professional users. Nevertheless, the tablet is compelling. Not least thanks to its good battery life and the integrated 3G modem plus a monthly data volume.
HP Pro Tablet 408 G1 – Планшет С Деловой Хваткой
Source: Notebook-Center.ru

Z3736F: SoC with an integrated quad-core Atom processor clocked up to 2.16 GHz, an Intel HD Graphics GPU and a single channel DDR3L-RS-1333 memory controller.» Further information can be found in our Comparison of Mobile Processsors. 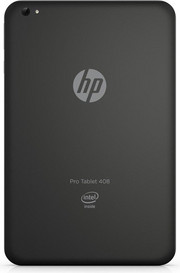 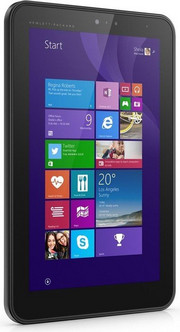 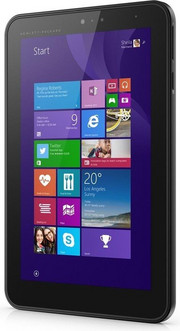