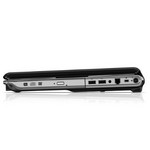 Reviews for the HP Pavilion dv6-1375dx

Archive.org version
HP had better hope its Pavilion dv6-1375 is not sitting on retail store shelves directly next to the Sony Vaio VGN-NW270F/S. Both are 15.6-inch laptops, but the Vaio NW270 costs $200 less and offers the same performance, better battery life, a Blu-ray drive, and a superior design. You can find a better-designed, longer-running, Blu-ray equipped 15.6-inch for less than the HP Pavilion dv6-1375dx.
Single Review, online available, Medium, Date: 11/24/2009
Rating: Total score: 57% performance: 80% features: 60% mobility: 40%

57%: Such a bad rating is rare. There exist hardly any notebooks, which are rated worse.