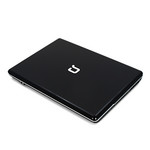 This Compaq offers great value for money and may be the best laptop we've seen at this price. Rounding out the package is an impressive suite of software that includes market-leading tools for home office use and internet security, making the CQ60- 214EM by far one of the best laptops you can buy at this price, and one that we can easily recommend very highly.
80
Single Review, online available, Short, Date: 05/26/2009
Rating: Total score: 80%