73% Acer Extensa 2509-C052 Notebook Review | Notebookcheck
Survival pack. Acer's Extensa 2509 focuses on the basic application scenarios - for a competitive price of just 270 Euros (~$338). But how high can the standard be for a laptop of this price?

Only some 3D games with very low demands are playable with these cards.Intel HD Graphics (Bay Trail):

73%: This rating is bad. Most notebooks are better rated. This is not a recommendation for purchase.» Further information can be found in our Notebook Purchase Guide.
Acer Aspire E5-511
HD Graphics (Bay Trail) 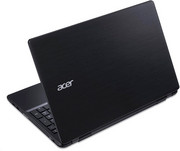